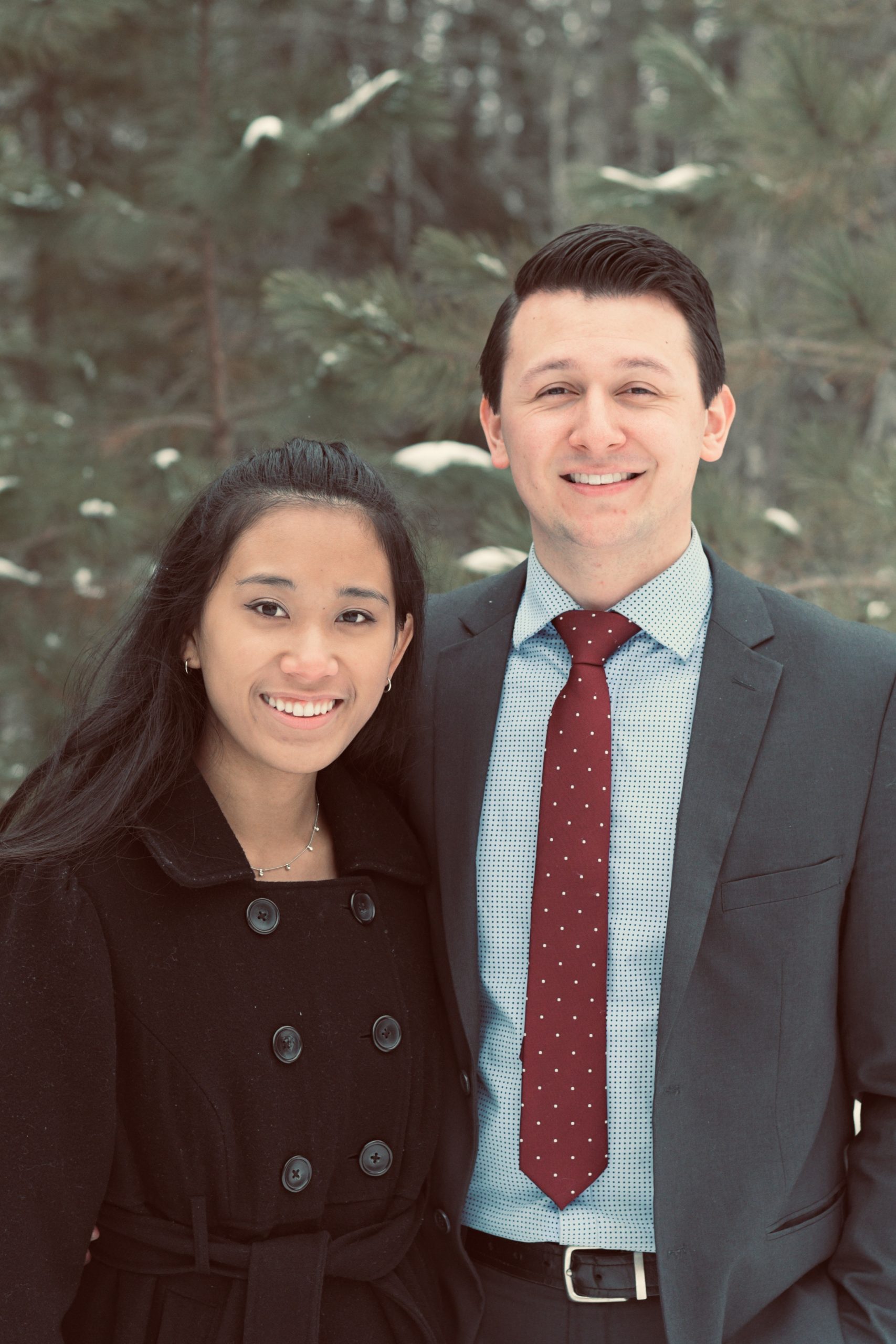 Pastor Suri is a graduate of West Coast Baptist College with a Major in Missions and a Minor in Bible. He was born and raised in a Christian home and was saved at age seven. Under the influence of his parents, he was taught the Biblical principles of serving God in a small church ministry and was instrumental in establishing Riverview Baptist Church in Seymour, WI. He has a passion for teaching and preaching the word of God; and was trained by Pastor Shawn Suri to be the next pastor of Northern Lakes Baptist Church. He was installed as the senior pastor on March 5, 2021.

Dannel Suri graduated from West Coast Baptist College with her Bachelor's Degree in Secondary Education with a major in English and a minor in Music education. She was raised in Tacoma, Washington and lived in a Christian home. At the age of thirteen, she received Christ as her Savior. During her senior year of high school, Dannel surrendered to do whatever the Lord would have her do.